To connect all Concord residents with news that is important to them. This mission is rooted in our belief that good local journalism has the power to make community life richer and more fulfilling, and all of society stronger. 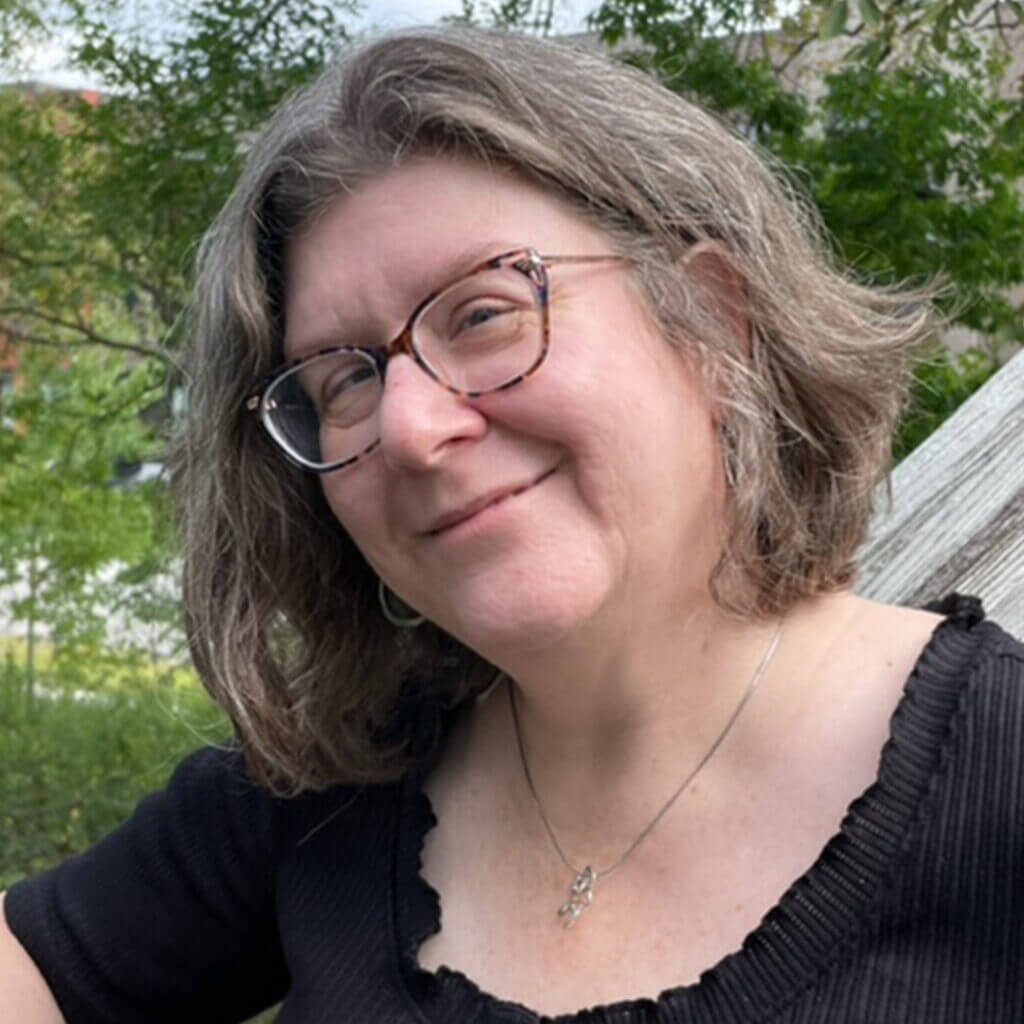 Jennifer received her degree in journalism from the Boston University College of Communication. After having a fairly typical career as a reporter and editor at community newspapers in Massachusetts, she jumped from her first layoff into digital media. As the founding editor of Central Mass News, she turned a small website covering the town of Grafton into a company with about a dozen hyperlocal websites. After the company was shut down by a buyer, she joined the Lowell Sun as a digital editor, later merging its weekly newspapers into a single regional, The Nashoba Valley Voice. While at The Sun, she also spent two years as a journalism adjunct professor at Emmanuel College. After her third media layoff, she founded Grafton Common, which she ran for three years before joining The Concord Bridge. the Lowell Sun as digital editor, then was tapped to merge their weeklies into one regional weekly, The Nashoba ValleyVoice. Also during that period, I spent 2 years as a journalism professor At Emmanuel College (I made my students do assignments in Word Press). I was laid off from The Sun several years ago, then started Grafton Common just in time for Covid. 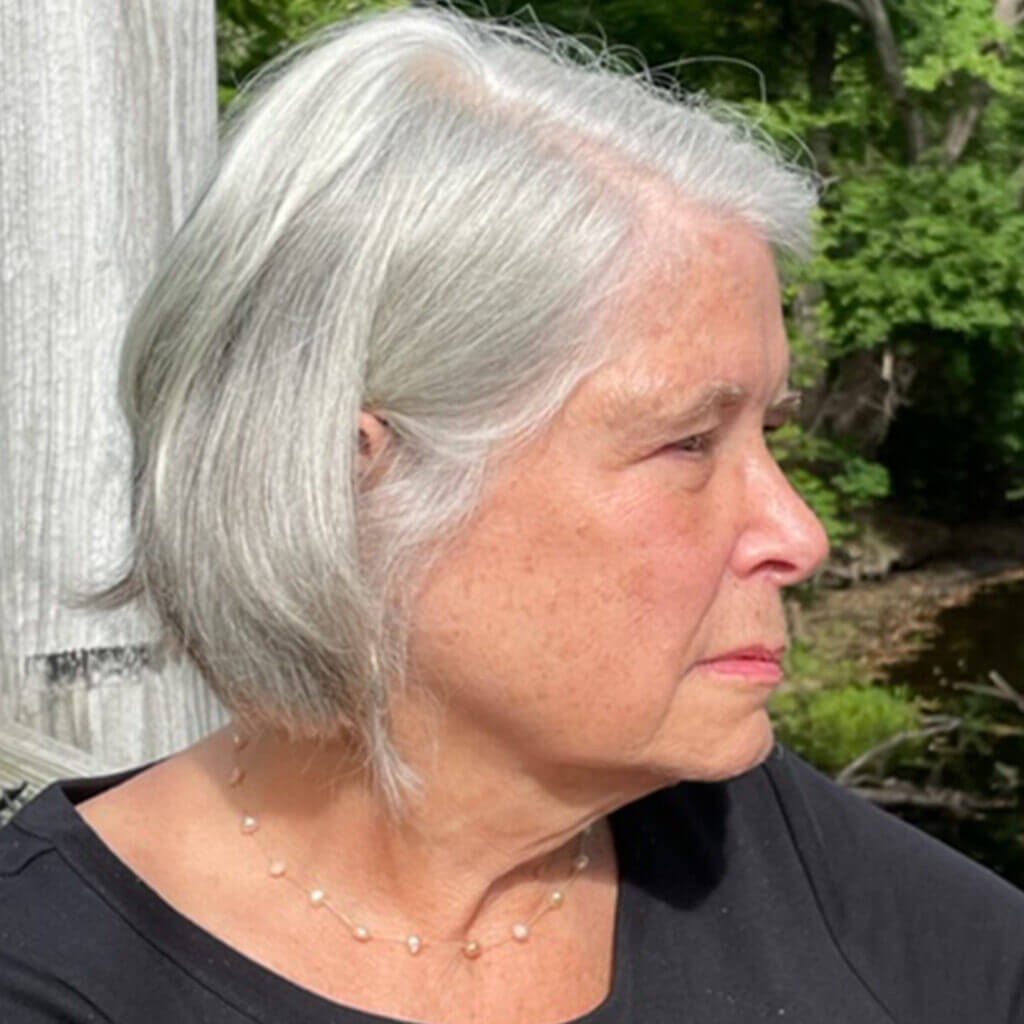 Betsy is a Concord resident and received both her bachelor and masters degrees from Boston University. She has spent a large part of her career covering Concord, serving as an editor for the Concord Journal and Littleton Independent before joining Concord Patch and Concord Contact. She has freelanced for the Boston Globe. 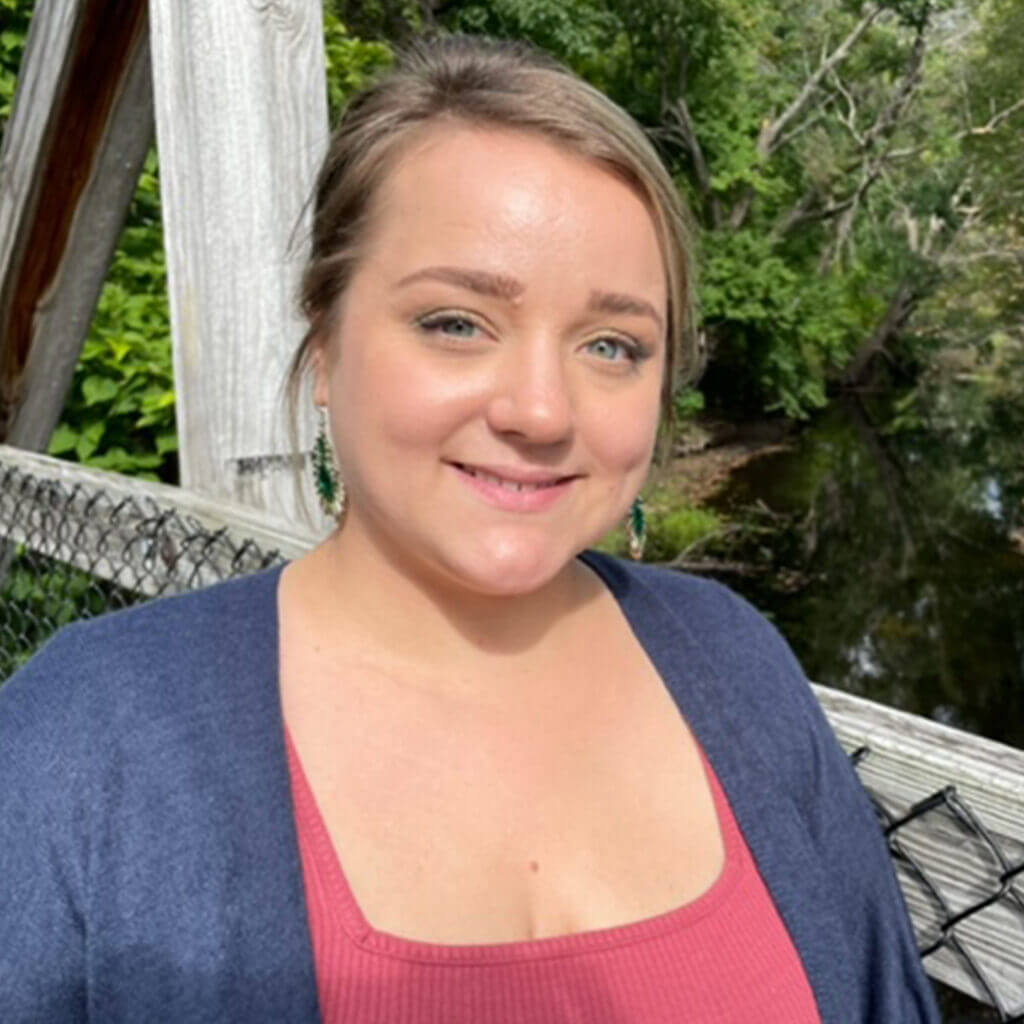 Jessalyn spent much of her childhood in Concord and is a graduate of McHenry Country College and Benedictine University. She previously worked as graphic designer at the Maremgo-Union Times, designing newspapers as well as print and digital advertising campaigns. 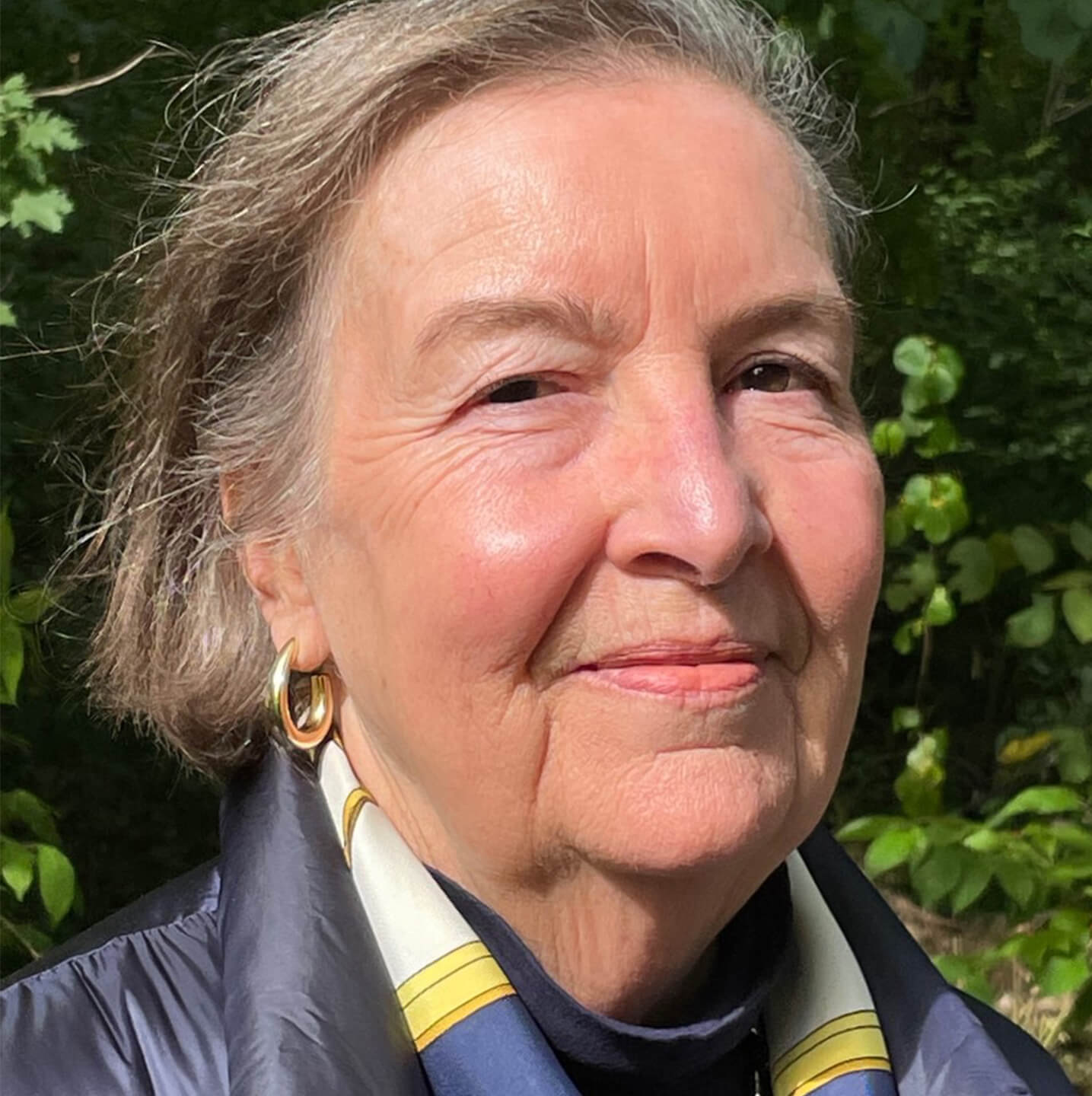 Has more than 40 years of experience in senior leadership positions at not-for-profit cultural organizations. Having served as Curator of the Bowdoin College Museum of Art, she was later Director of Museums and Properties at Historic New England (SPNEA); Executive Director of the Maryland Humanities Council; and Director of Foundation Development at WGBH. Most recently, she served as Executive Director of the Concord Museum, from which she retired in 2018 following the successful completion of a $13M capital and endowment campaign; a comprehensive renovation program; and the construction of the Rasmussen Education Center. A graduate of the Winterthur Program in Early American Culture, she received her Ph.D. in American Art from the University of Delaware. 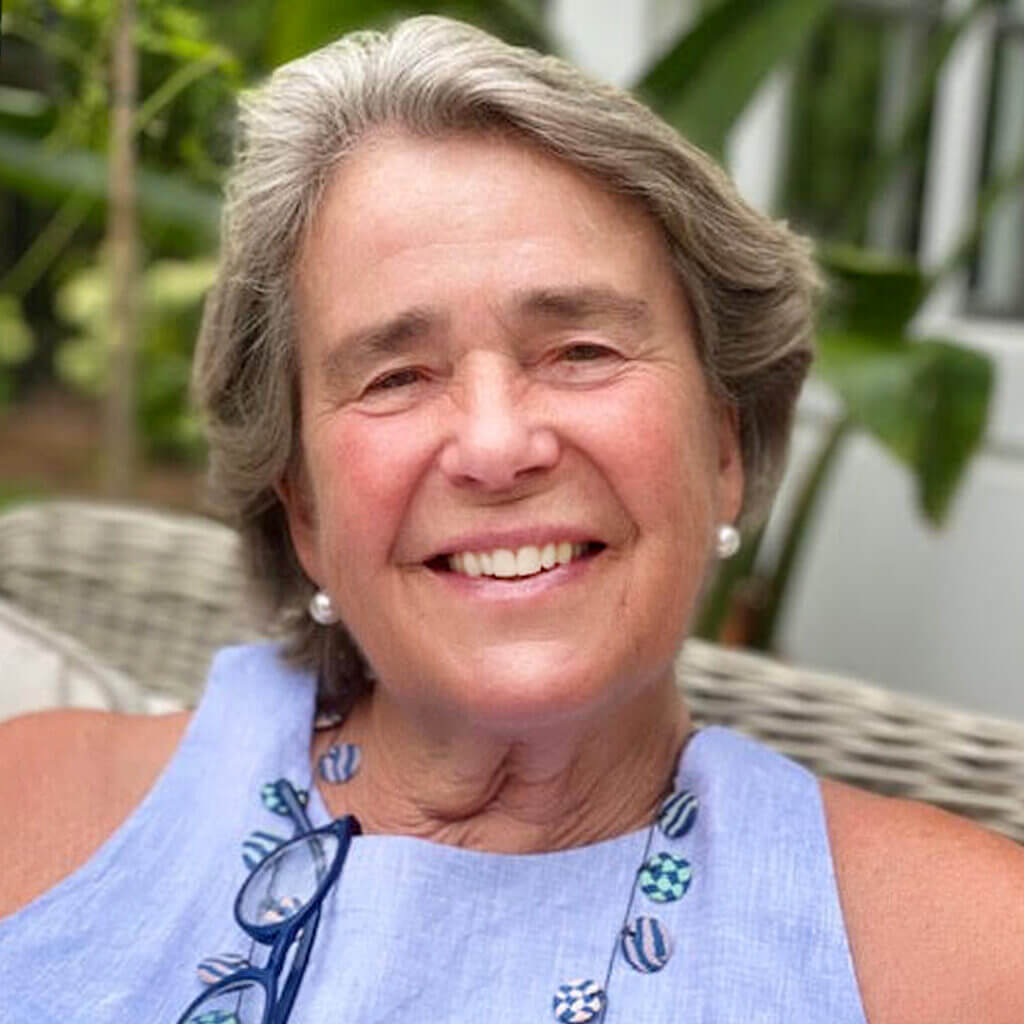 Is a retired member of the Concord Select Board (2004-2010) and has led or served on numerous Concord municipal and not-for-profit boards. She studied American colonial history and law at Harvard, and, after clerking for Massachusetts Supreme Judicial Court Justice Robert Braucher, practiced for a number of years at the Boston firm of Palmer and Dodge. As a member of the Select Board, her efforts focused on ways of easing the increasing financial burdens on long-term residents of Concord. She currently serves as chair of Concord’s Tax Relief Committee, raising funds to distribute to applicants for assistance in paying their real estate taxes. Dinny is an avid news consumer and has noticed with concern the diminution of civic engagement following successive sales of the Concord Journal to larger media networks. Her efforts on behalf of The Concord Bridge will focus on fundraising and not-for-profit governance. 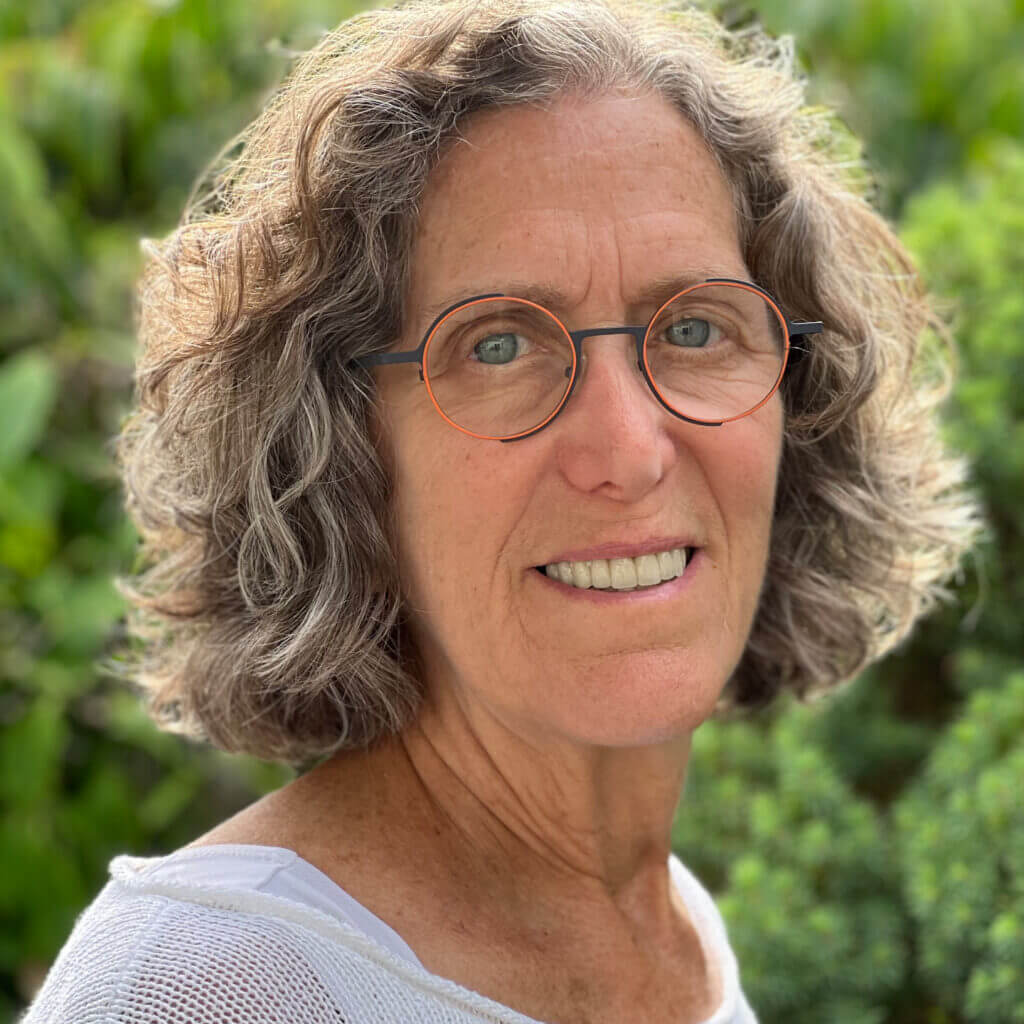 President of the Concord Bridge, has a 35-year career in the government sector, having worked at the local, state, federal and international levels. She has extensive experience in policy development, program management, and public sector finance. She began her career as a cub reporter for a local newspaper and has since served as public affairs director and communications director in government and for non-profits. Her interests and work have been in environmental and public health areas, where she has created winning public engagement campaigns. She is currently the board chair of the Millennium Institute, an international NGO advising nations on sensible policies for achieving the U.N. Sustainable Development Goals using systems thinking to solve sustainability and development challenges. In Concord, she has served on the Select Board and the Zoning Board of Appeals and is currently on the Municipal Light Board. 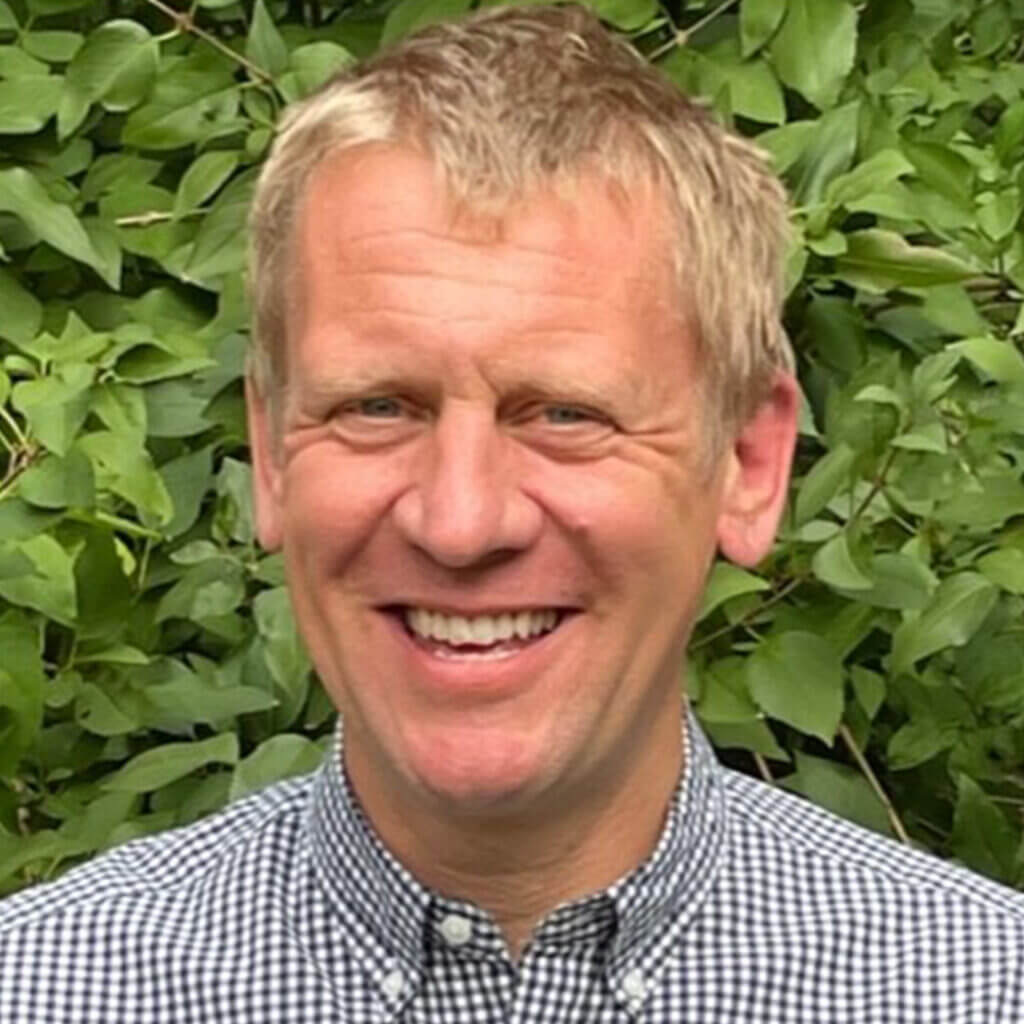 Has a 23-year career in the global Fintech industry. He’s lived and worked in the UK, South Africa, Canada, and the US running businesses that supply the world’s largest financial companies with critical solutions. He began his career focusing on client services and large-scale implementations, before building his executive career focusing on marking products scalable and profitable on the global stage. He is now drawing on his entrepreneurial spirit and global experience by working with two start-up companies: one focusing on making investing a long-term goal for young retail investors, and an loT company that focuses on bringing intelligence and actionable insights to the world’s energy and communications providers. 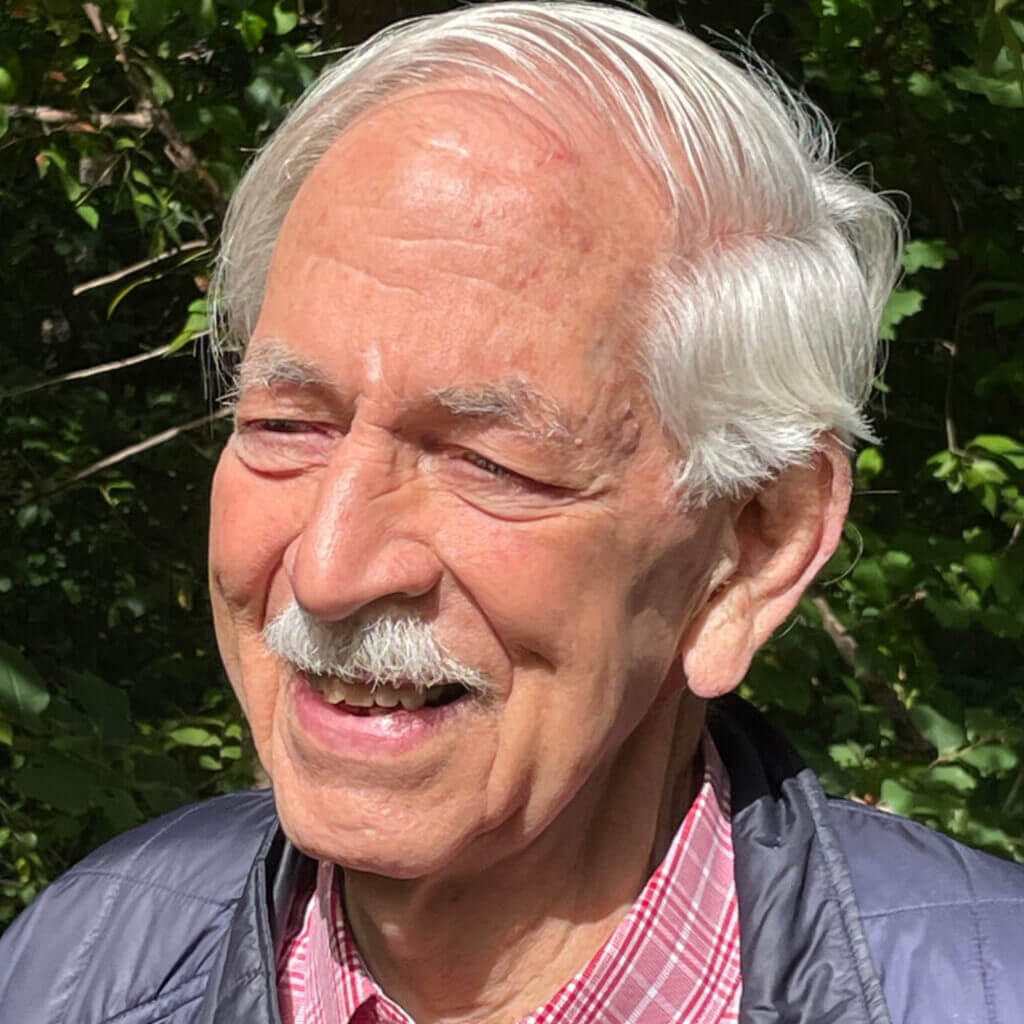 Treasurer and Clerk of The Concord Bridge, retired as Senior Counsel from the Boston office of Nixon Peabody LLP in 2019 after practicing law since his graduation from Harvard Law School in 1965. Jack’s practice was focused on estate planning for individuals; the formation, management, and administration of charitable organizations and their endowments; and family businesses. During his years of practice, he was a member the American College of Trust and Estate Counsel, lectured frequently, and wrote articles for continuing legal education organizations in the estate planning, estate administration, and trust, endowment and charitable fields. He also served for several years on the board of The Lawrence Eagle Tribune Publishing Company. A resident of Concord since 1967, Jack has served on its Planning Board, Municipal Light Board, Historic Districts Commission, Select Board, and on various Town committees. He is currently a member of Concord’s Tax Relief Committee. 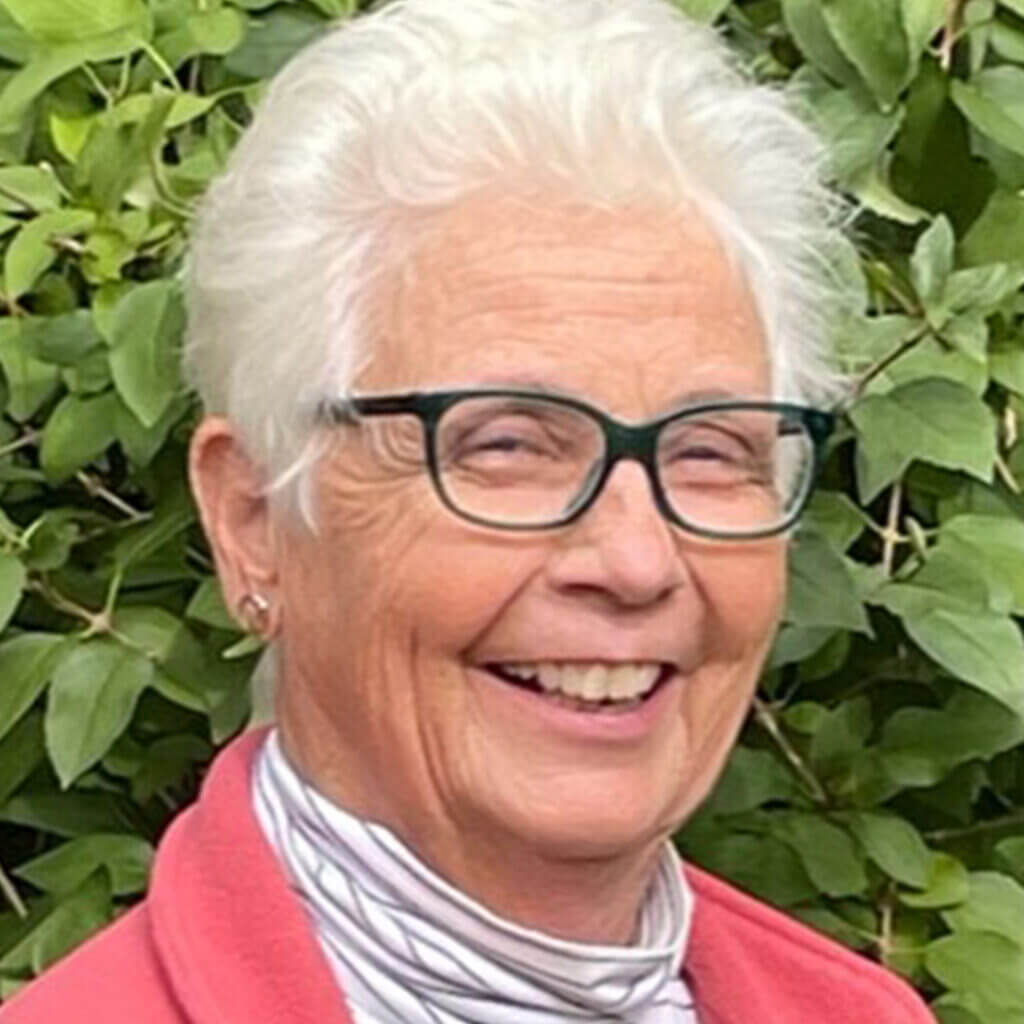 Is a career journalist and a graduate of the Columbia University Graduate School of Journalism. For a decade she free-lanced for numerous trade magazines in New York City, from MS. Magazine to Bride and from Saturday Review to United’s In Flight magazine; and from the Louisville Courier-Journal to the Washington Post and The New York Times. Following that, she moved to Nantucket Island and started an arts and issues newspaper, the Map & Legend, where she served as editor and publisher. She retired from that newspaper in 2002 to write for her own pleasure, including publishing a collection of columns from the newspaper, The Best of Blanche Lyon on Nantucket. Creating a print and digital news source for Concord, MA is a labor of pure love. 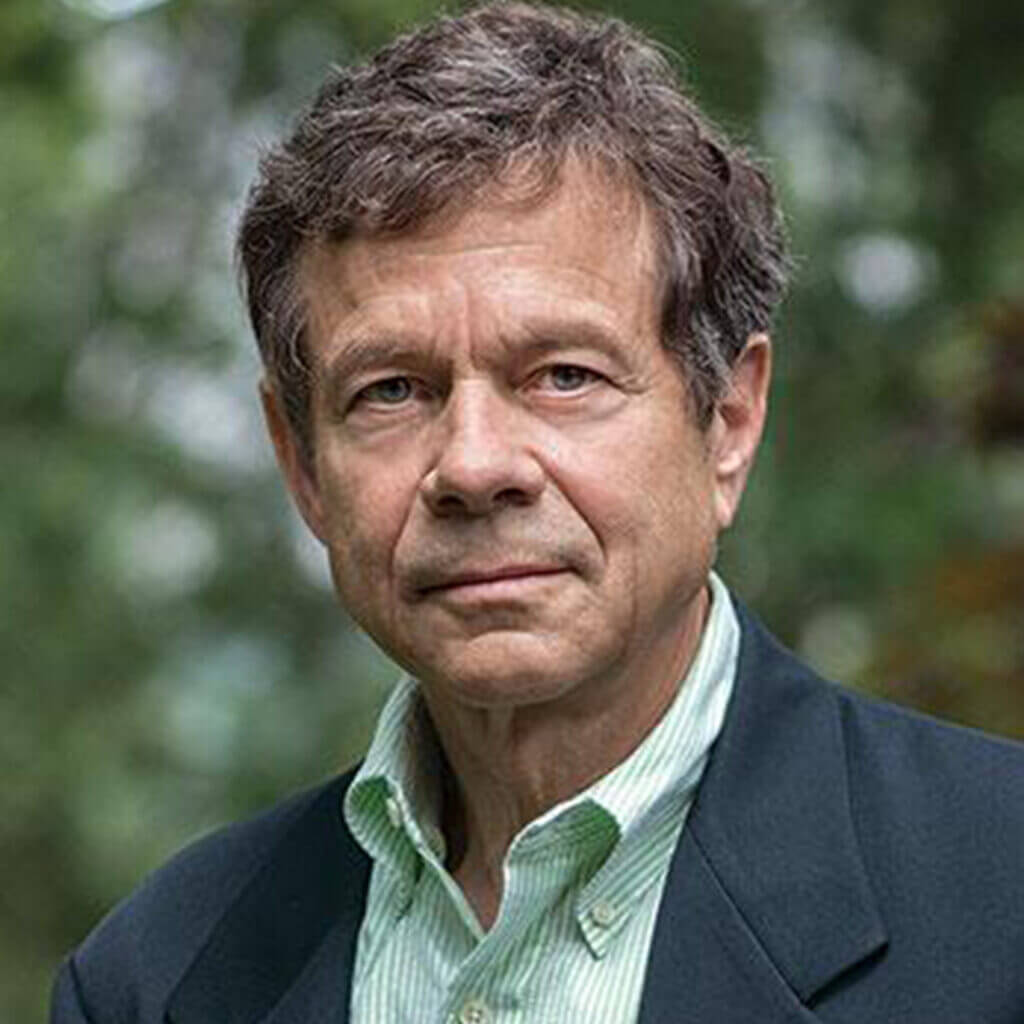 Board member, is a novelist, essayist, physicist, and social entrepreneur. He was educated at Princeton and at the California Institute of Technology, where he received a Ph.D. in theoretical physics. He has served on the faculties of both Harvard and MIT, where he is currently Professor of the Practice of the Humanities. Alan played a major role in establishing MIT’s “Communication Requirement,” which requires all undergraduates to have training in writing and speaking each of their four years. In his thinking and writing, Alan is known for exploring the intersection of the sciences and the humanities, especially the dialogue between science, philosophy, religion, and spirituality. Alan is the author of five novels, two collections of essays, a book-length narrative poem, and several books on science. His novel Einstein’s Dreams was an international bestseller and has been translated into thirty languages. Alan is also the founding director of the Harpswell Foundation, which works to advance a new generation of women leaders in Southeast Asia.